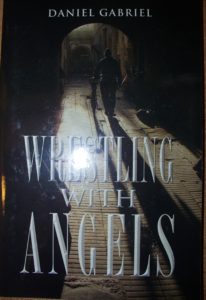 A world traveler and vagabond, Daniel Gabriel draws inspiration from his global experiences, exploring collisions between countries, peoples, and even natural and supernatural occurrences. From Afghanistan to Malaysia to the streets and cities of America, Gabriel’s stories evoke the struggles his characters find at crossroads and the inevitable, often devastating results.

“I loved the writing here and the surprising scope of the stories. The writing has strong intensity and depth, and the author covers a dazzling array of locales, all beautifully evoked.”

—Elizabeth Searle, author of Girl Held in Home and Celebrities in Disgrace

“A peripatetic feast. Gabriel captures the itinerant, hermetic nature of the human soul with unsettling precision and insight. His narrative range is as diverse and deeply felt as the geographies his exiles traverse and trespass. He is a ferociously gifted storyteller, and I am honored to have been his student.”

—Vaddey Ratner, New York Times bestselling author of In the Shadow of the Banyan

“Gabriel has done it once again. He transports us cinematically and experientially to a time and place that is unique, enlightening, and rewarding. As it is with a good movie (but not as often with a good book) we see Daniel’s vision, and, in magical ways, his words also invite us to smell, taste, and touch this world he gives us.”

“Wrestling With Angels crosses the jagged edge of different lands. Gabriel delivers the best elements of any journey. Adventure, fear, the search inherent with the mysteries of life, and resolutions to continue forward. This collection startles and leaves the reader asking, ‘If one could touch the edge of a mystery, would it make a diffference if you knew?'”

—Diego Vazquez Jr. author of Growing Through the Ugly and co-author of 12 Branches

These stories were pulled from decades of hard road travel and quixotic life experiences. Just as Jacob wrestled with an angel in a very early road story (Genesis 32:22-32), so do those crossroads encounters occur yet today. The photos and tidbits of text below are meant to entice the reader deeper into the cultural setting and emotional mileu of each character’s journey . . .

Song for a Road Partner 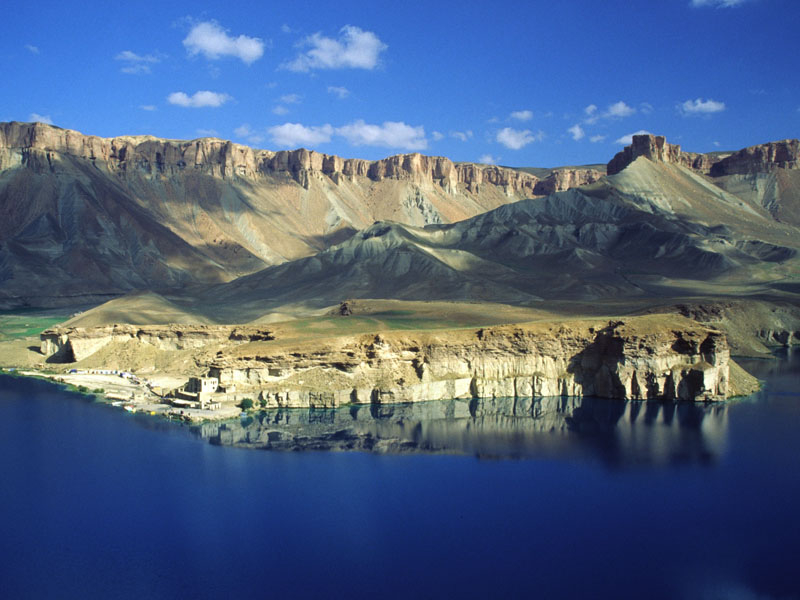 “Would it stop you if you knew the color of Band-i-Amir? Saw the unsullied blue of the spring-fed lakes . . .” Band-i-Amir, Afghanistan

In the House of Mr. Poo 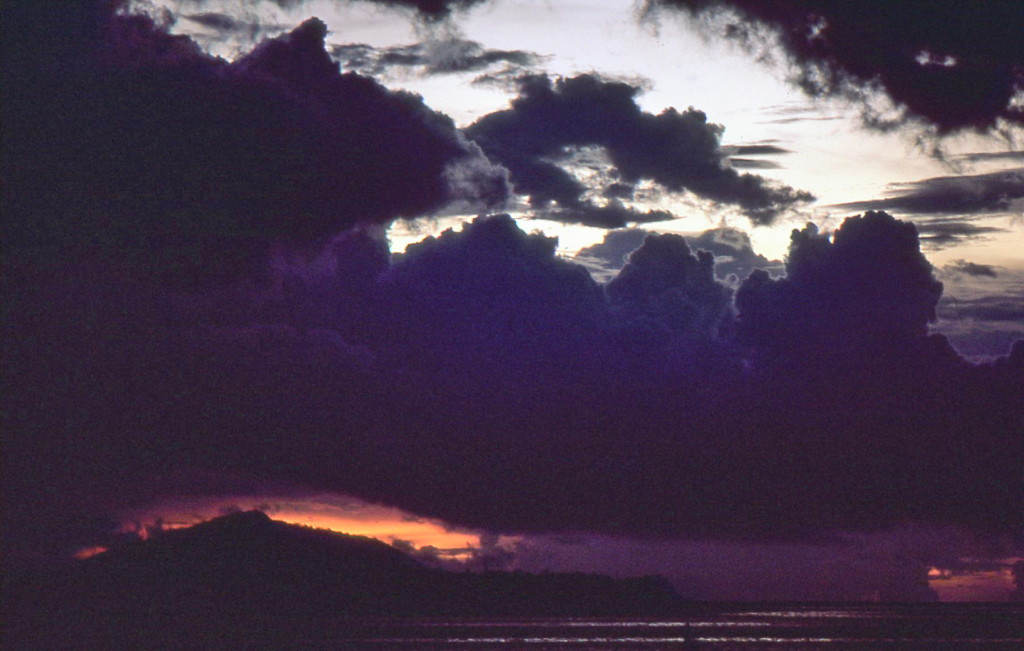 “The heavy clouds rumbled and split, cut by the scythe of the quarter moon and bleeding a line of light . . .” Ko Samui, Thailand/Photo by Daniel Gabriel

The Road Goes Ever On 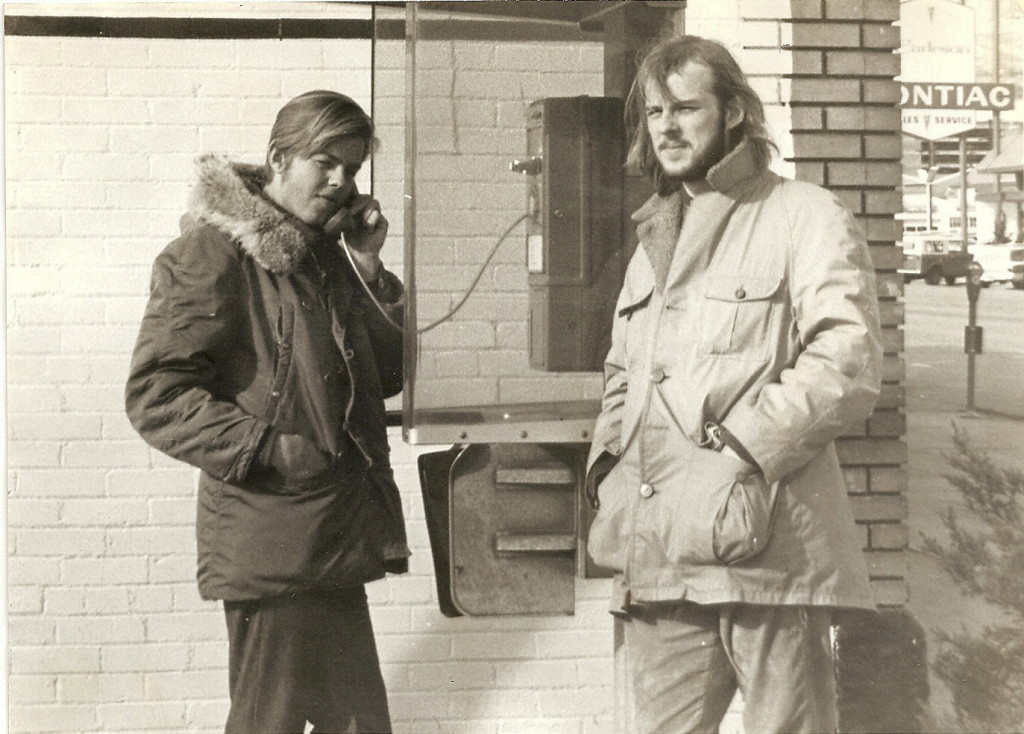 “They settled their bundles under their coats and headed west past the blinking invitations.” Salt Lake City; author on right/Photo by David Randall

The Man on the Train 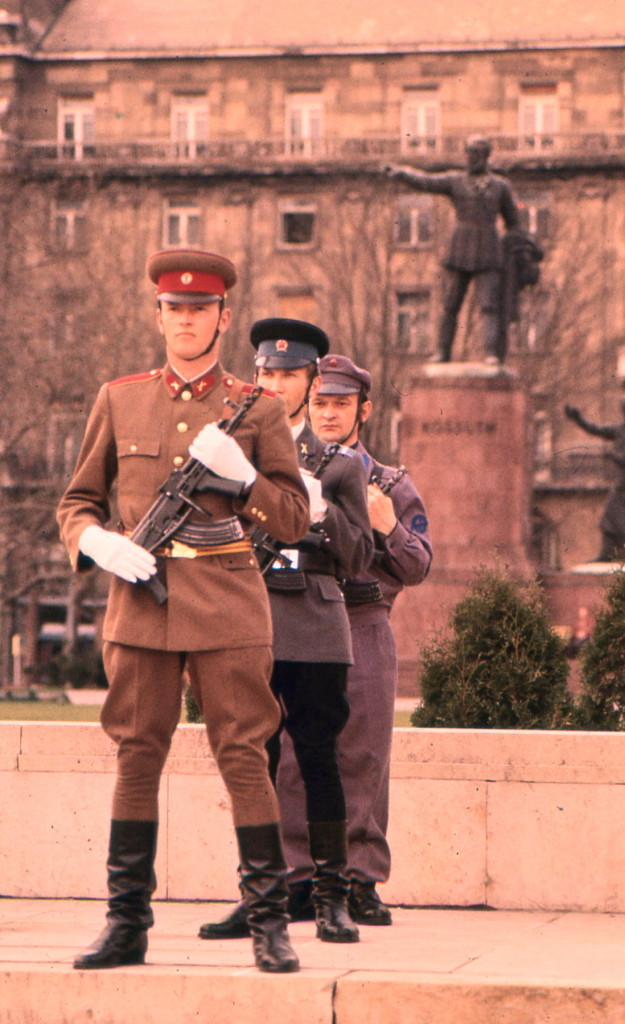 “The border guards were being changed; the night shift had arrived.” Budapest/Photo by Daniel Gabriel

At the Forest’s Edge 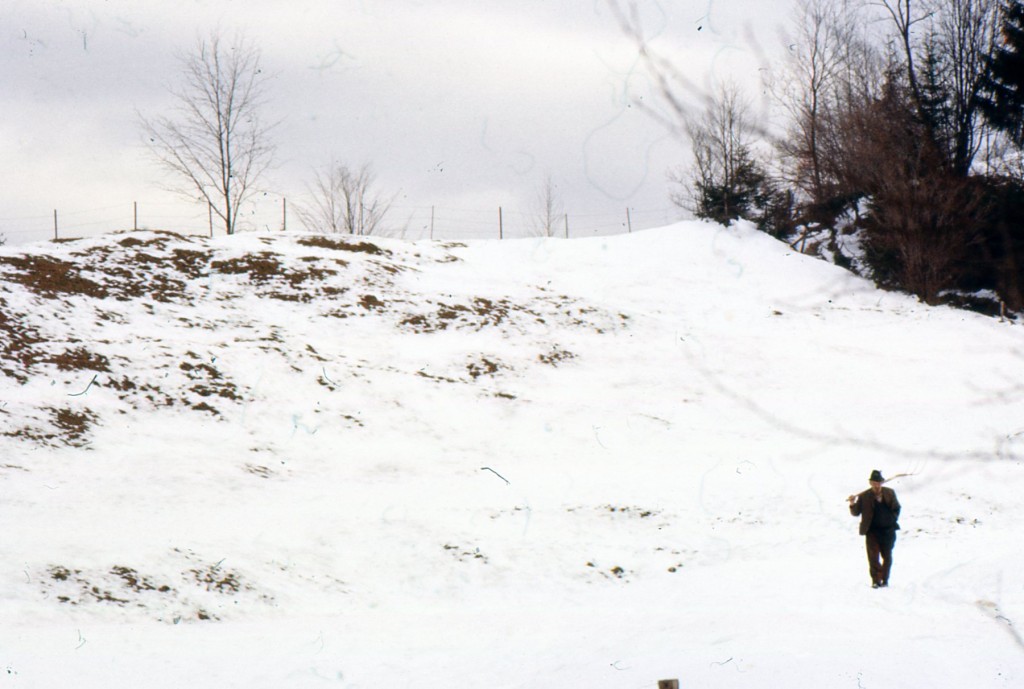 “It was cold in the forest. But when he came out from the line of trees, sunlight bounced off the snow pack and he shielded his eyes to see.” Bavaria, Germany/Photo by Daniel Gabriel 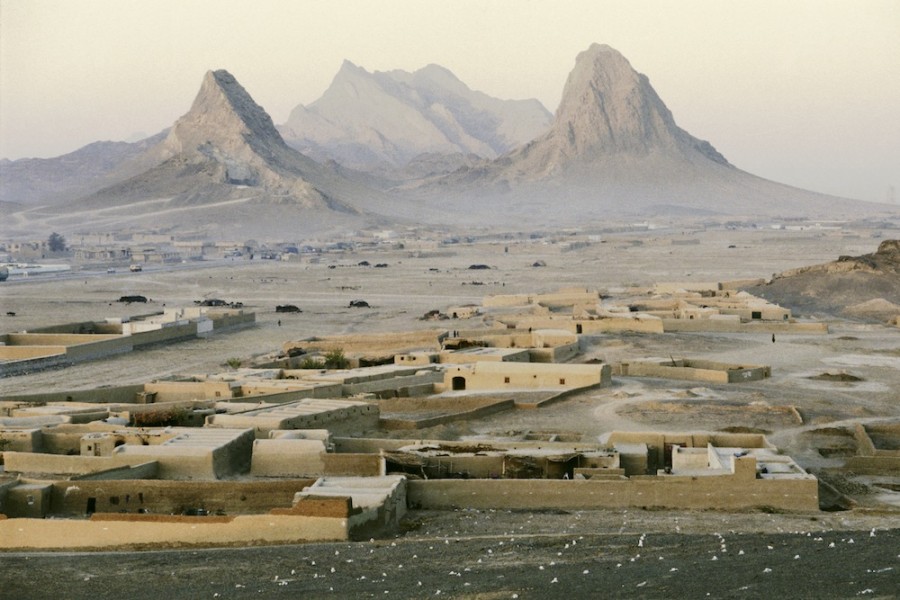 “He stood on top of the back wall of the Minaret Hotel, looking off over the rock-strewn foreground speckled with huts and layered dung cakes set aside for fuel.” Afghanistan

Unto Us, the Spoils

Waiting for the Void 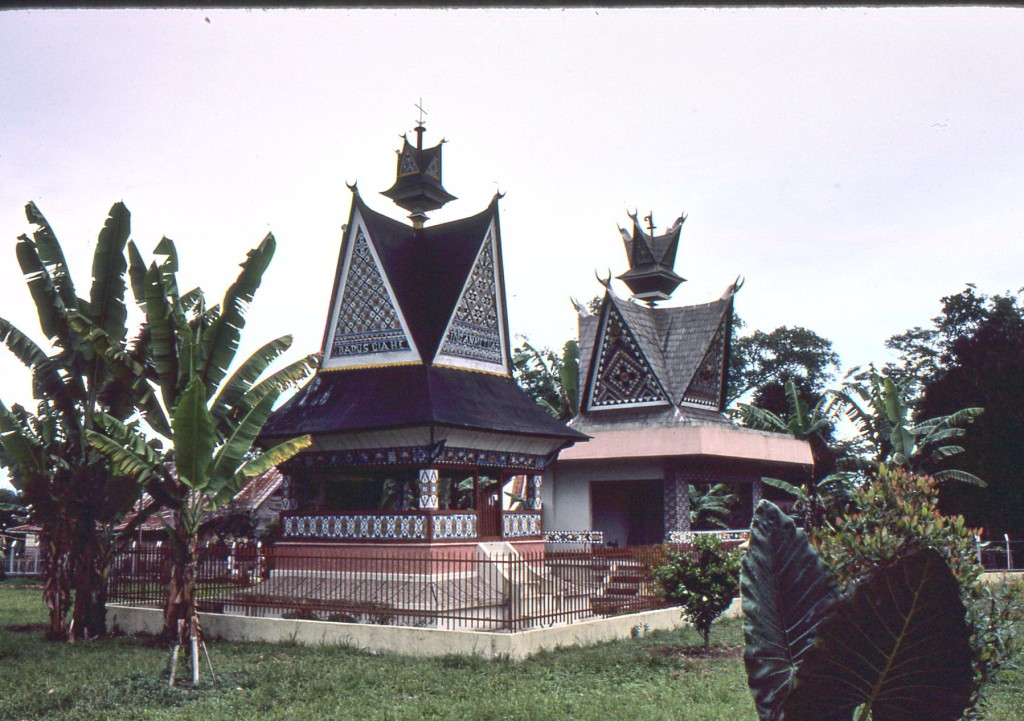 “Surely it was the ways of their own ancestors that they were meant to follow. Not the heaadhunting portion of the legacy, perhaps, but the spiritual side.” Brastagi, Sumatra, Indonesia/Photo by Daniel Gabriel 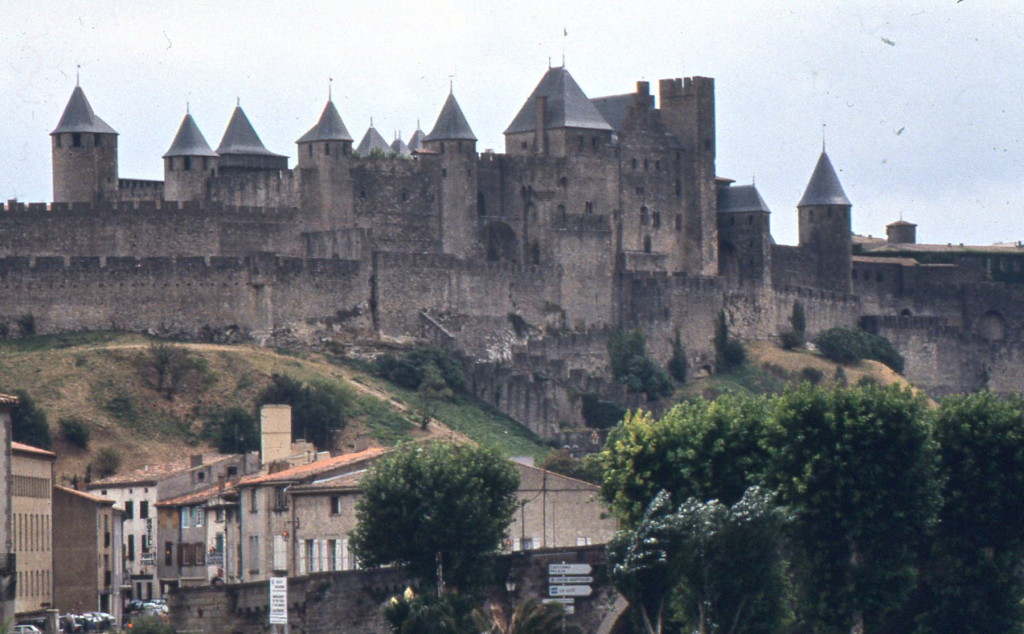 “Carcassonne, the vast and imaginatively reconstructed bastion that brooded over all the countryside around.” France/Photo by Daniel Gabriel 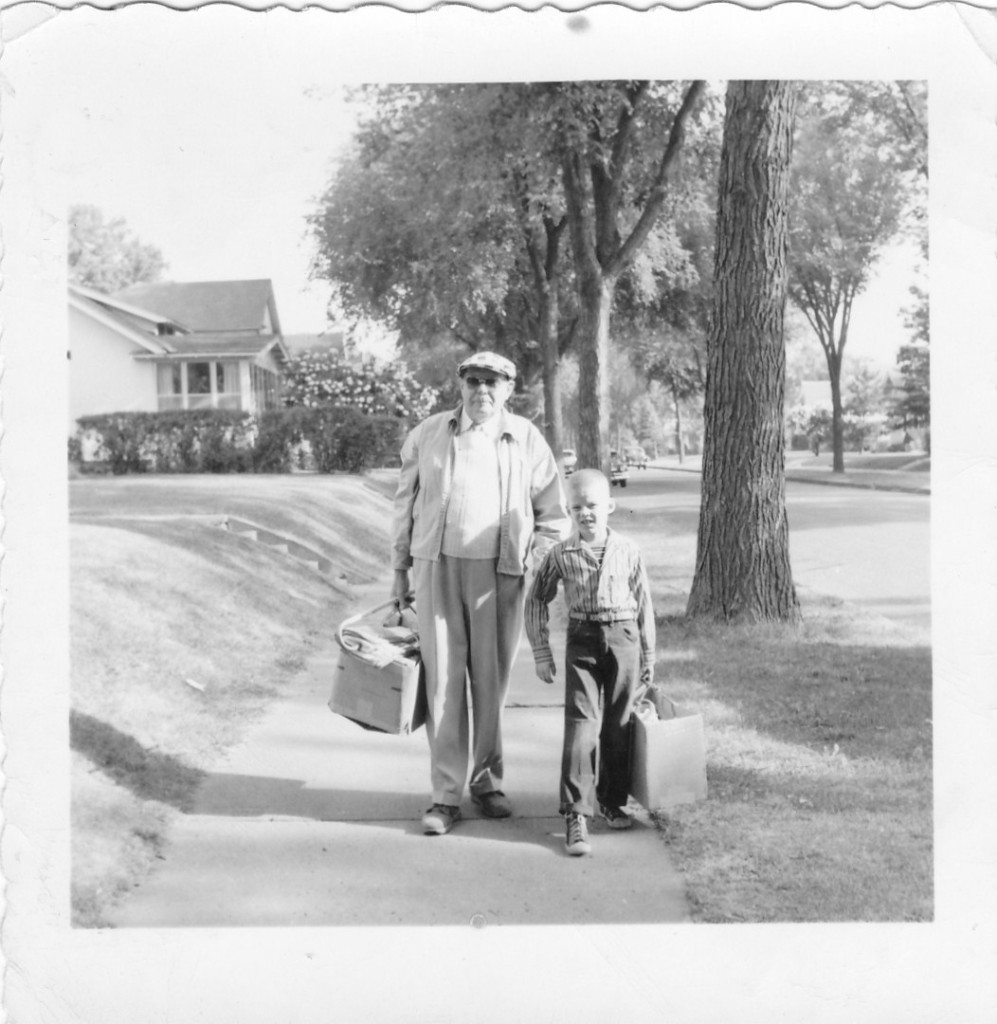 “Grandfather’s hand tucked inside my arm. Mottled skin and thin curling hairs along the knuckle where he grips, firm and trusting.” Minneapolis/Photo by Elaine Gabriel 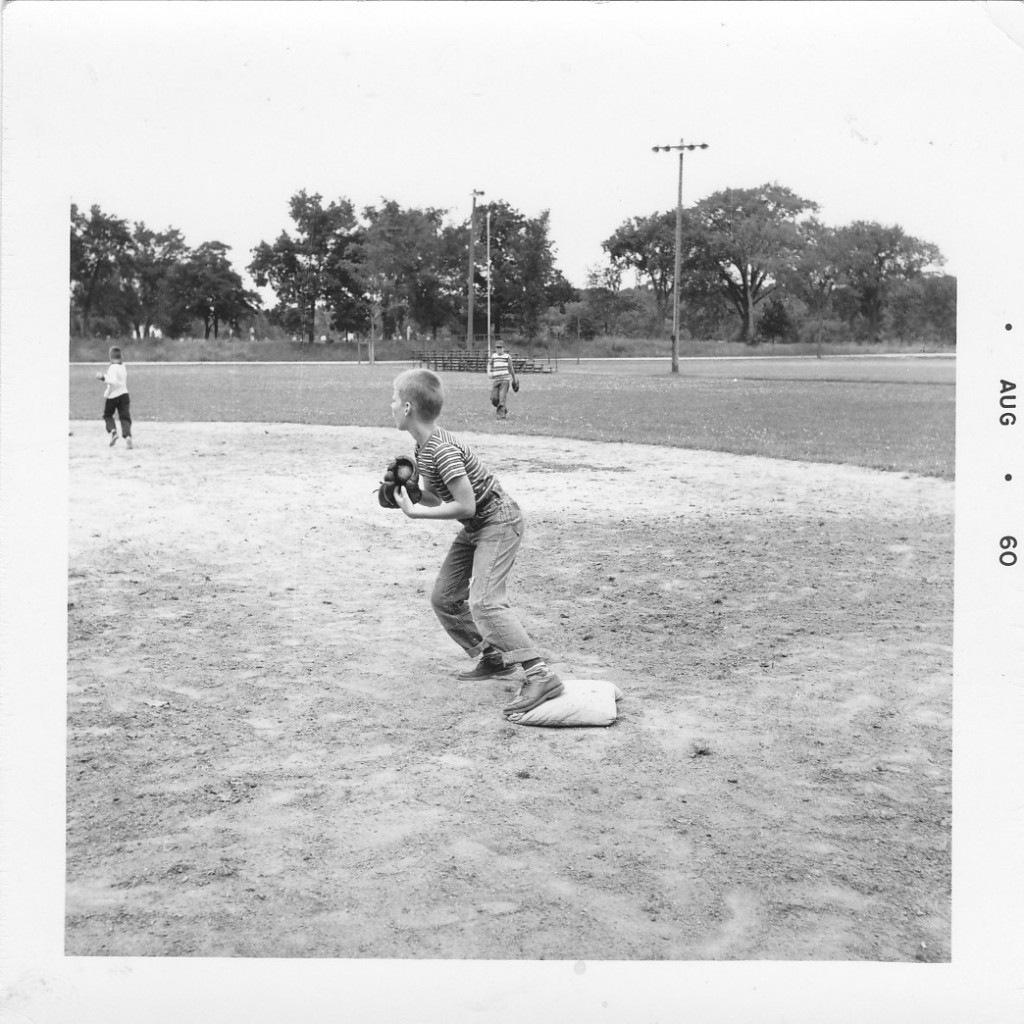 ” . . . they have molded pockets so you would not even have to hold your hand pointing down to the ground. You could just give a good stretch—and snap—the ball would be there . . .” Plymouth, Wisconsin; author playing first base/Photo by Elaine Gabriel

A Touch of the Word 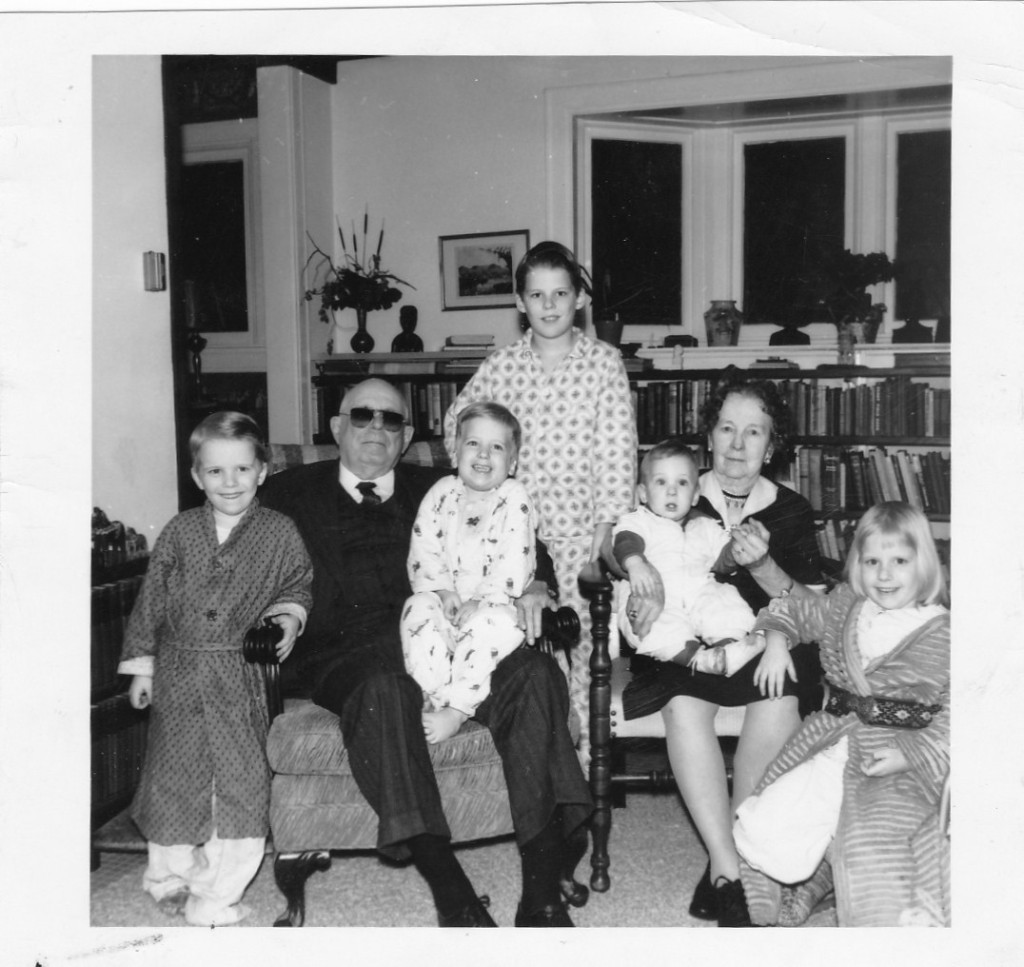 “Now when I visited my grandparents’ house, I saw too clearly the pinched, diminished circumstances under which they lived.” Ezra & Adele Oberg, with their Gabriel grandkids; Excelsior, Minnesota; author standing at back/Photo by Elaine Gabriel

The Boots of Alfred Bettingdorf 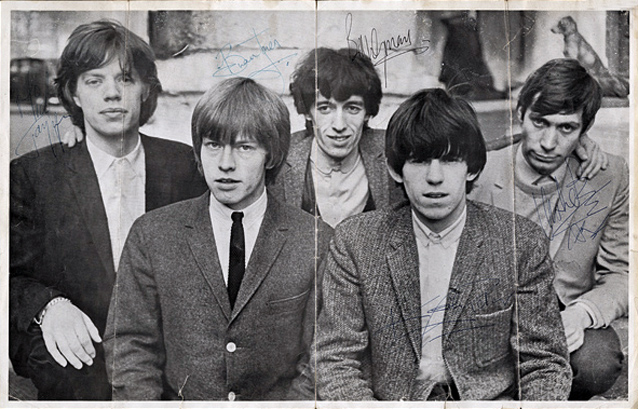 “It hit me in a flash. Provincials. We were all provincials. . . . I looked more closely at the picture of the Stones. Richards, Watts, none of them wore three-finger button-downs.”

A Rocker’s Guide to the History of the Future 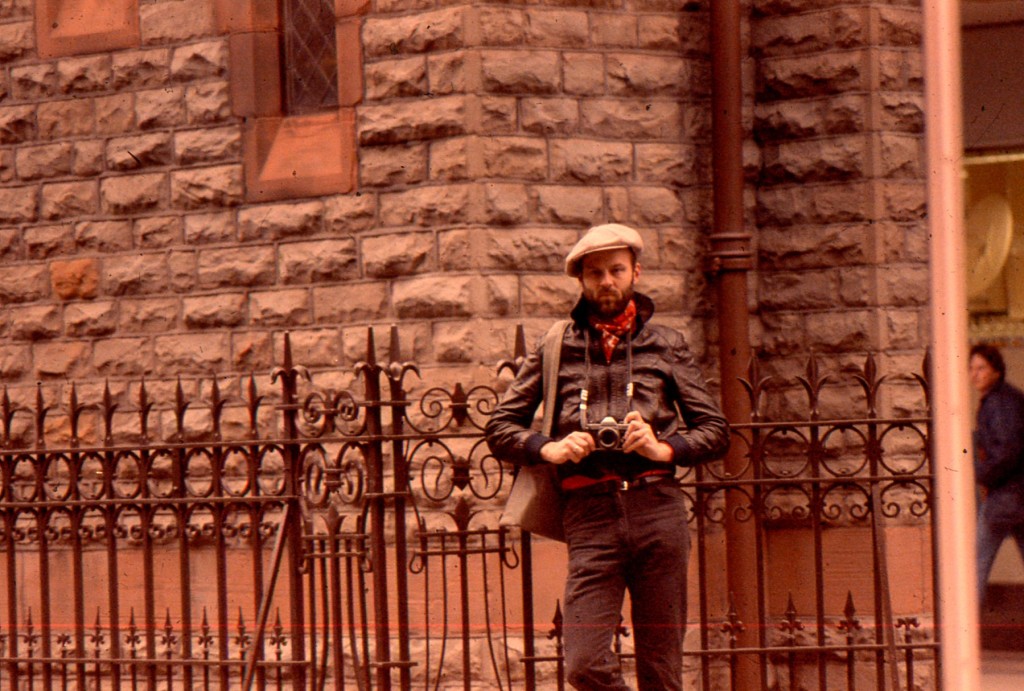 “It was the time of the Troubles then, but near the beginning, before everybody took to the streets . . . I’d been working as a music critic . . .” Cardiff, Wales/Photo by Daniel Gabriel 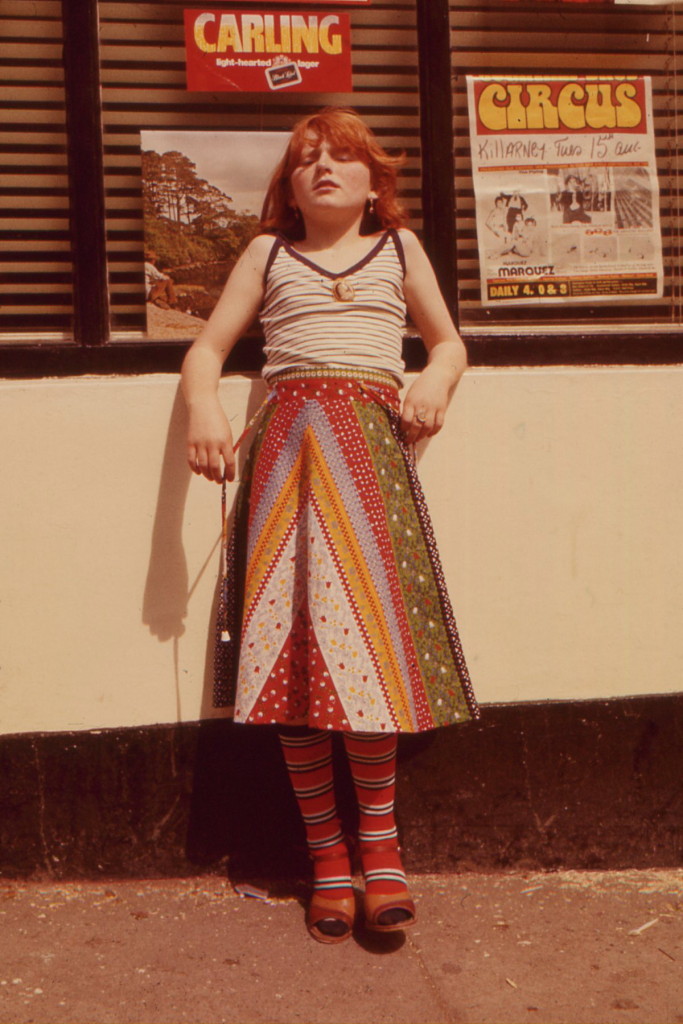 “Bright eyes flashed from behind the tree. A twirl of skirts, another giggle. They were there, waiting for him.” Killorglin Puck Fair, Ireland/Photo by Daniel Gabriel

The Devil Don’t Sleep ’til Sunrise 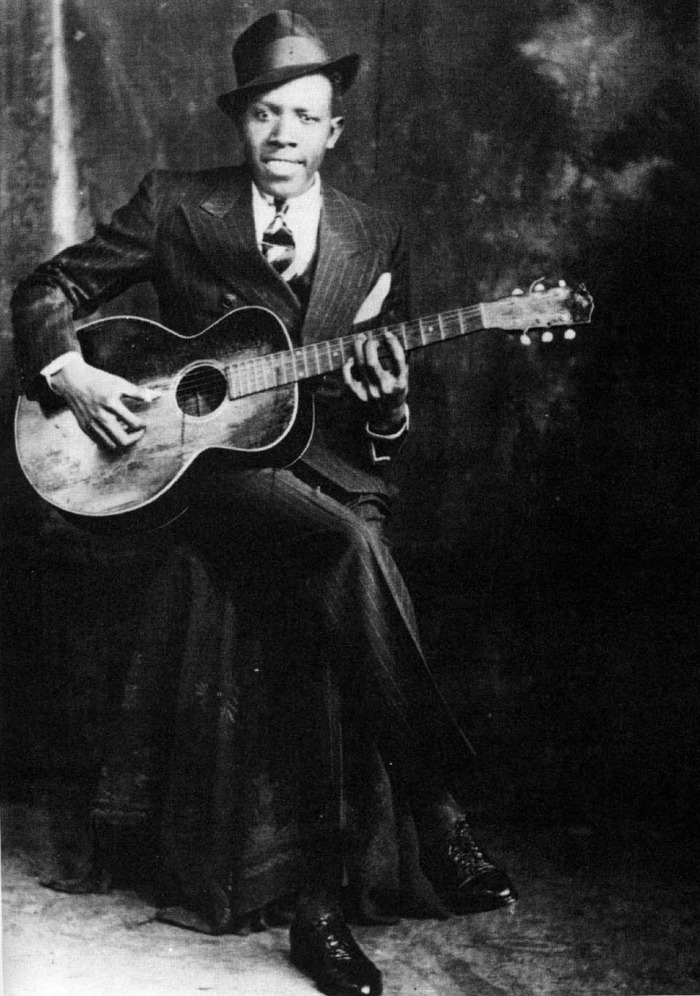 “How’d you like to have white men—white men, mind you—willing to pay a thousand dollars just for a photograph of your ugly face?” Robert Johnson, with the crossroads far behind  him.

By the Terebinths of Mamre 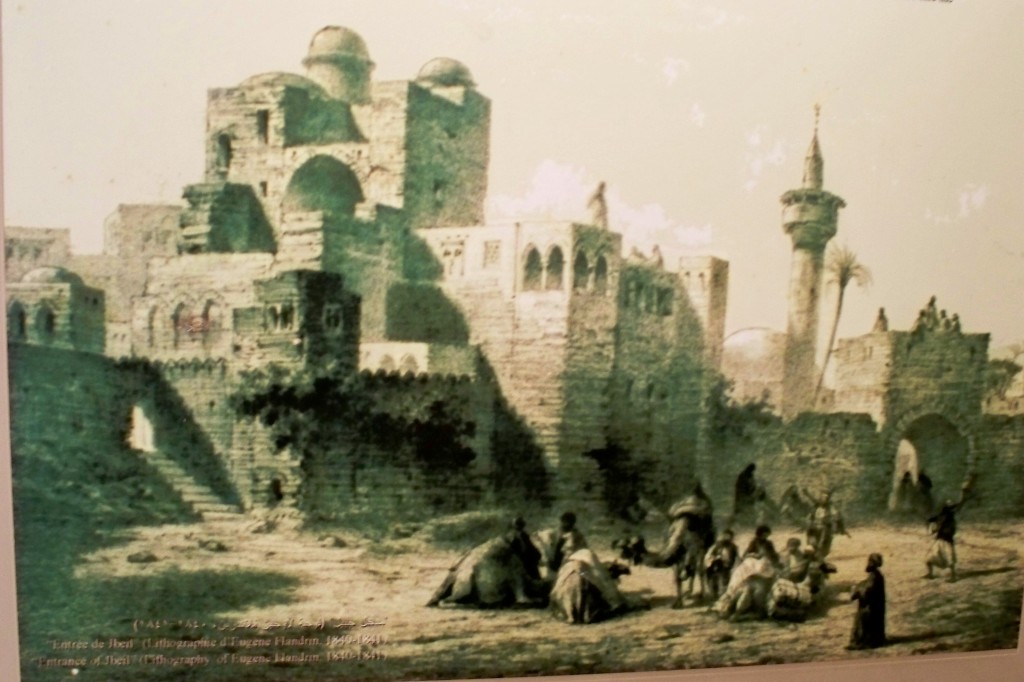 “The heat penetrated even under the shade of the terebinths of Mamre, covering the camp like a blanket of untreated camel’s hair, thick and redolent of sweat and ripening wastes.” 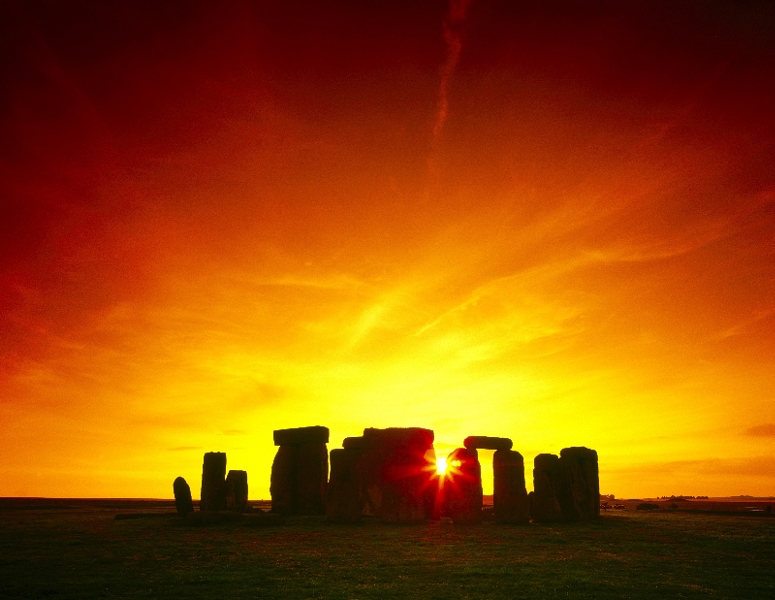 “An hour later we were inside the stone ring, circling each other like enfeebled birds of prey.” Stonehenge, England