Had a chance to slide through Panama for a couple of days last week. Finally got to check out the Panama Canal, and this tiny strip of land that holds together the two great continents of the Americas.

I was amazed at the extent of the Panama City skyline. Set right along the Pacific, and dotted with buildings that spiral, or take the shape of a ship’s sail, or change color as the light fades . . . I rate this right up with the south end of Manhattan and Hong Kong Island as the most impressive skyscraper skylines I’ve ever seen.

Yachts bob at anchor on the Amador Causeway. Beyond is the shimmering haze of the Panama City skyline.

Thanks to local boy Mariano Rivera, most folks’ favorite team seemed to be the New York Yankees, which was just fine by me. Had some good conversations with taxi drivers about the team. In fact, we were only a few days too early to catch the mighty Yanks themselves. They were coming to town to play a three game set against the Miami Marlins in honor of the Great Rivera, who retired this past fall. (See my blog post “Exit Sandman” below.)

We were more interested in the Canal Zone. The Canal itself is a fine spectacle, currently celebrating its 100th year of operation. Financed by a European consortium, the Panamanians are bulldozing forward on a new, wider Canal path which has the possibility of further transforming world shipping. The multi-media displays at Miraflores Locks do a crisp job of telling the story, both historical and contemporary. (I had forgotten that it was the struggle to keep canal workers alive that led to the discovery of the source of malaria—the anopheles mosquito.) 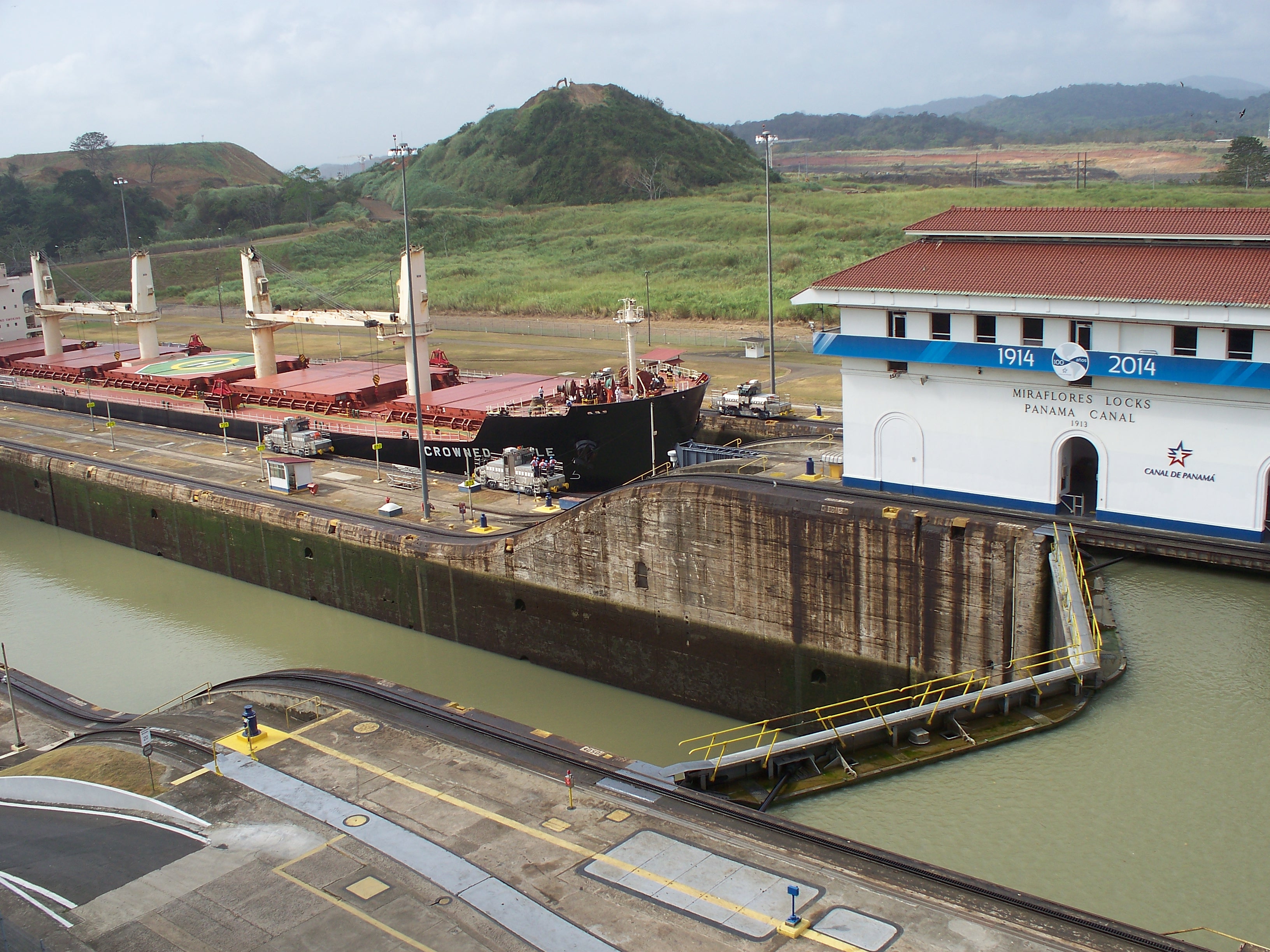 There are three sets of locks on the Panama Canal. The ones at Miraflores are the closest to the Pacific side. In the background, work continues on the new Canal path.

Along the Canal on the Pacific side are extensive buildings left behind by the American military after they turned over management of the Canal to Panama in 1999 (based on a treaty signed in 1979 by President Carter). We saw row after row of army barracks still lying destitute and crumbling, though one main sector of a former base has been re-purposed into the “City of Knowledge,” which appears to be a hub for high tech and higher education. We stayed in a Zone hostel, set in a leafy, flower-laden neighborhood that had clearly been built by Americans. With well-watered lawns, carports, and customized architecture, it had a lingering sense of tropical suburb.

Our inclinations also led us out onto the Amador Causeway, a narrow strip of road that connects several offshore islands to the mainland. Along the Causeway we found a marine exploration center run by the Smithsonian, and diverged onto narrow Culebra Point, complete with sandy beach, coastal “dry forest,” and tiny aquariums featuring fish and other sea life from the Caribbean and the Pacific. Amazing how much more colorful and varied were the creatures from the Caribbean side. 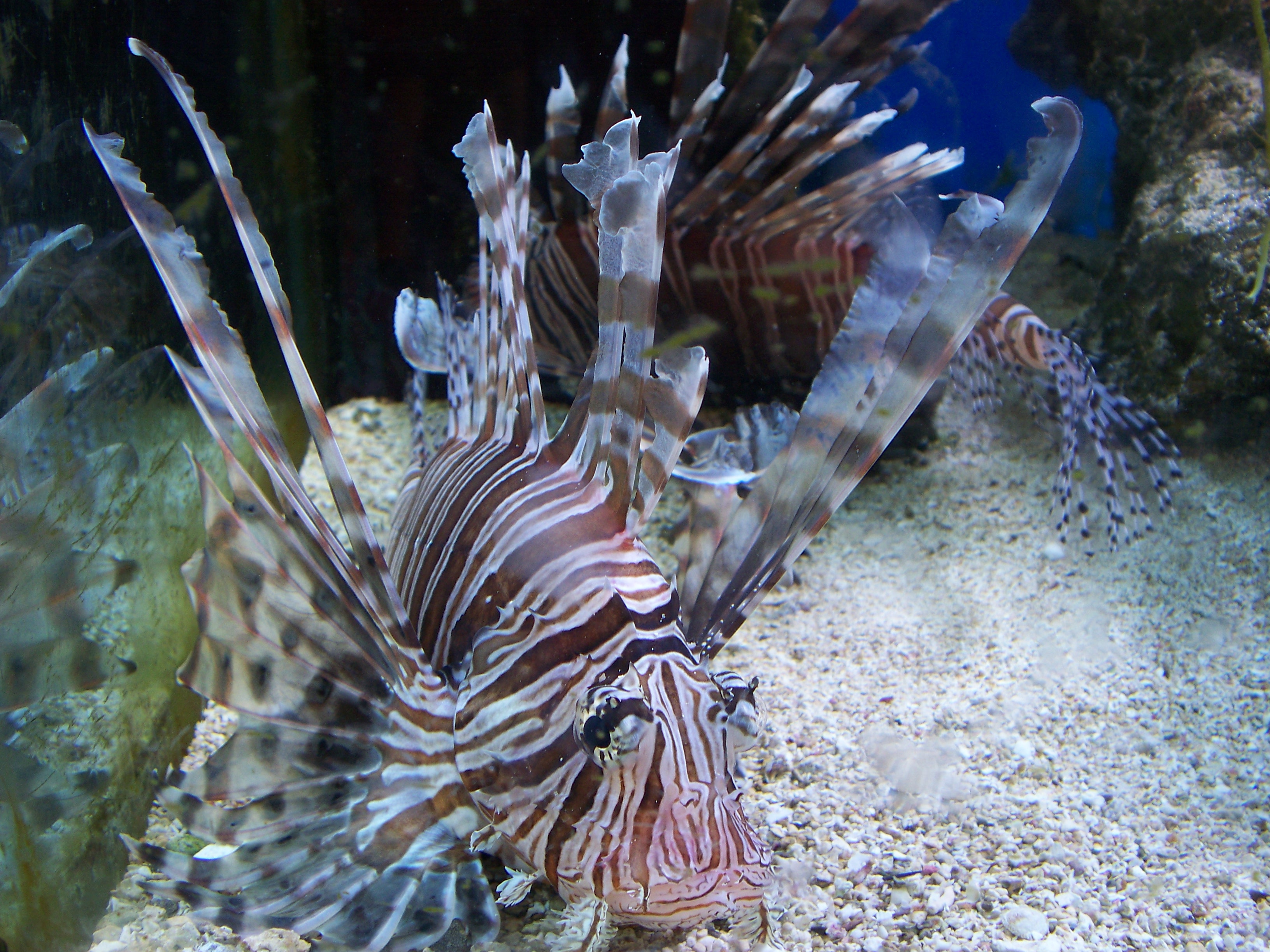 Beware the exotic lion fish. Not only does it crowd out native species, but its fins hide needle-sharp poisonous spikes.

Hiking the dry forest, we spotted iguanas high in the trees, then a raccoon, and finally two sloths. Nothing will ever top the iguana colonies we saw in Placencia, Belize, but this was the first time we’d ever seen a sloth in the wild. Don’t expect any great action or sudden movements! 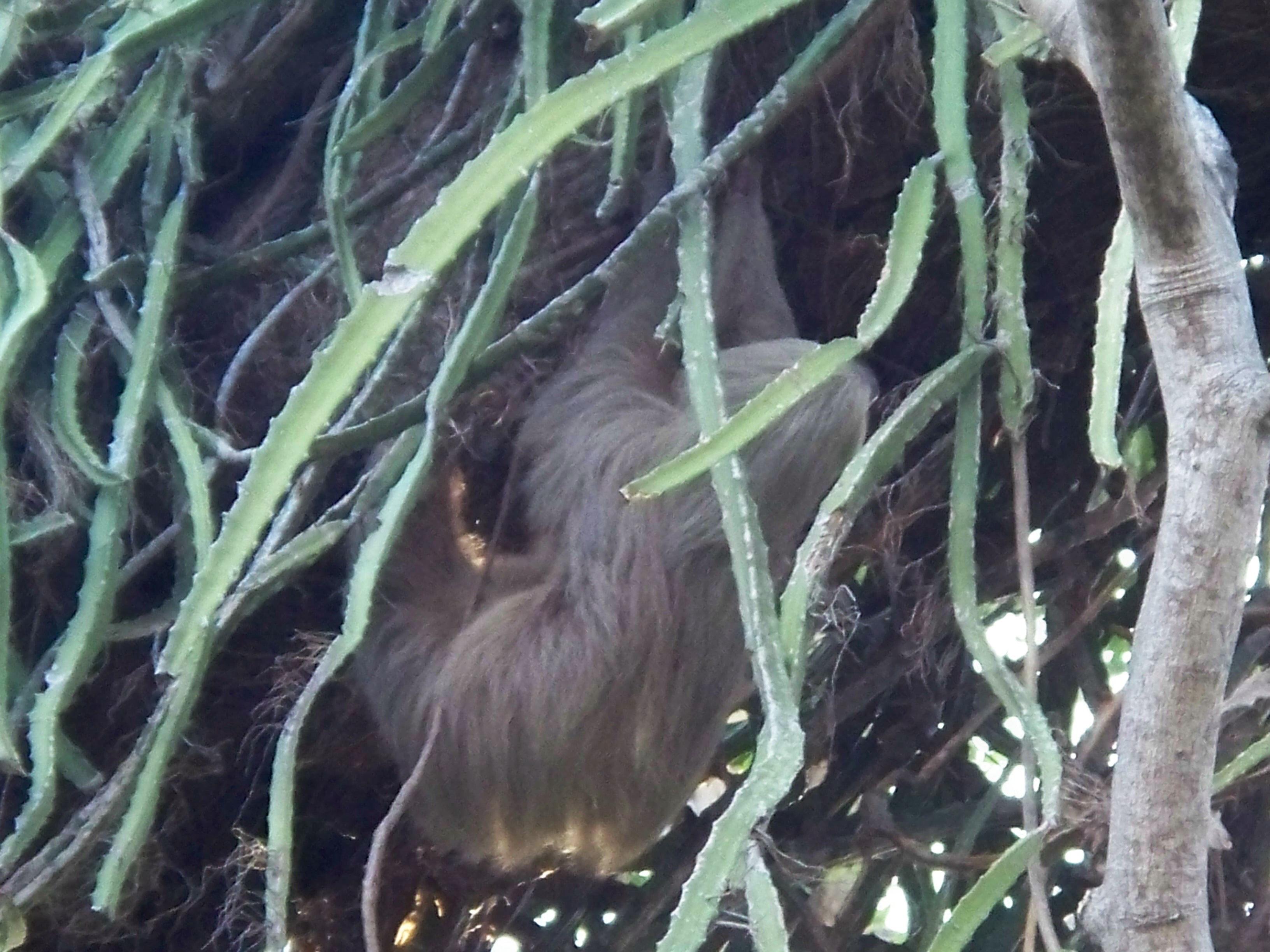 Two-toed sloths live up in the dry forest of Culebra Point.

We continued down the Causeway until we hit some sidewalk cafes, where we could order up some tasty ceviche and watch the setting sun reflect off the glass towers of the skyline in the distance, with the entrance to the Canal at our backs, and the occasional container ship edging its way through. Felt like being at the center of the world.

Leave a Reply to Rose A Hayes Cancel reply