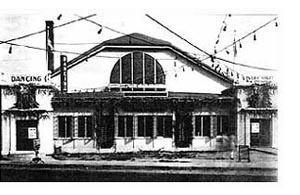 Danceland had one of the biggest dance floors in the Midwest.

If you were a Twin Cities teenager during the 1960s, you didn’t have to wait for a rare all-ages show to catch your local faves. In those days rock ‘n’ roll was still considered such an adolescent obsession that bars rarely booked it at all. Instead, the bands in town played a revolving circuit of neighborhood dance halls.

Kids from the northern suburbs grooved at Someplace Else in Robbinsdale. Down in the southwest, on the Minnetonka-Hopkins border, was The Barn, which always seemed to attract the cutest girls. Mr. Lucky’s on Nicollet and Lake in Minneapolis, had the most racially mixed crowds and the toughest fighters in town. Over in St. Paul’s Midway, the Prom Ballroom remained a bastion of Continental style in the teen world by continuing to feature jazz bands part-time.

Everybody had a favorite. Mine was Big Reggie’s Danceland, a cavernous wooden hemisphere that sat just across the street from Excelsior Amusement Park, overlooking Lake Minnetonka. The location was ideal. Kids drove out for the day to get sick on the rides and hung around for some foot stompin’ in the evening.

Most of the other dance halls had sprung up in the 1960s along with the Twist, the Mashed Potato and the Frug, but Danceland had been around since the early 1920s. It started life as a Tonka Bay roller rink and had been moved in sections across the ice in 1920 to become the official ballroom for the adjacent amusement park. As one of the largest dance floors in the Upper Midwest, it frequently held 2,000 dancers, especially from 1930 to the late 1950s, when Rudy Shogran was the manager.

Shogran was the master of the promo. He inundated clubs and business organizations with free tickets, sending out 270,000 in 1931 alone. He provided motorcycle escorts for singers who came out from R.K.O. Orpheum shows in Minneapolis to perform at Danceland. When an all-female orchestra called the Rosebuds played the ballroom, each woman at the dance was given a rose. Other giveaways included yo-yos, corncob pipes, paper fans and once even a Ford Roadster.

The repeal of Prohibition in 1933 cut crowds in half. “Everybody’s in the honky-tonks along the route to Hopkins,” complained Shogran at the time. He retaliated by selling draft beer in the ballroom and by featuring new types of promos, including an early Battle of the Bands between polka-meister Whoopie John’s boys and the ballroom house band. He even weathered a sit-down strike by patrons in the 1940s that was triggered by the floor man ordering “no cutting in.”

Always on the cutting edge of the latest groovy sounds.

But it took Shogran’s departure to transform the ballroom into the incubator of teen style that it became. Ray “Big Reggie” Colihan, son of one of the amusement park managers, took over the operation in the late 1950s and renamed it Big Reggie’s Danceland. Colihan had grown up around the dance hall. His first job, at age 14, was sweeping the ballroom floor, which he later acknowledged had allowed him to sneak on-stage to play the drums of noted bandleader Gene Krupa when no one was around.

It was Colihan who began to book rock acts. The Hollywood Argyles, one-hit wonders with “Alley Oop,” played at Big Reggie’s Danceland. So did Johnny and the Hurricanes of “Red River Rock” fame. Even Jerry Lee Lewis made an appearance in the days before marriage to his 13 year-old cousin made him persona non grata on the ballroom circuit.

One of Colihan’s biggest coups was booking the Beach Boys in 1962, just before they hit the big time. “Nobody’d ever heard of them in February when I booked them,” he said once. “But by the time they got here, they had the number-one record on WDGY. Kids came by the thousands.”

This sort of success inspired Colihan to take a chance on another up-and-coming group: an unknown British band named the Rolling Stones. In 1964, on their first U.S. tour, the Stones made a stop in Excelsior. A month later “Not Fade Away” would smash its way into the charts, but at Big Reggie’s Danceland Colihan lost money. “Only 283 people showed up,” he said.

Those that did were hostile. The Stones left the stage spitting over their shoulders at the audience, and a dejected Mick Jagger made his way to nearby Bacon Drug. The legend in Excelsior is that it was there that well-known local resident “Mr. Jimmy” Hutmaker told him, “You can’t always get what you want,” a line Jagger eventually made famous. 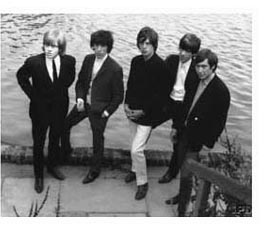 The Rolling Stones pose on the shores of Lake Minnetonka (could be, right?) prior to taking the stage at Danceland.

By the mid-1960s Big Reggie’s Danceland had a reputation that set it apart from most neighborhood dance halls, and it drew clientele from all corners of the metro area. Come the weekend and the cars rolled west like buzzards homing in on the last signs of life. Patrons passed the swaggering drunks in the parking lot and entered through the soundproof metal door, where $1.50 bought the right to edge into the echoing confines of the hall itself. The wooden floor rumbled under the syncopated tread of dancing feet (one night it collapsed), and from the stage at the back of the room a wave of sound washed over the bobbing heads.

A concession stand near the entrance sold popcorn and candy bars. A row of wooden booths ran along a side wall, serving as illicit-drinking cubicles and providing a modicum of privacy for overheated couples. One of the strange unwritten rules of Twin Cities teen life was not to applaud the band at a dance, so even the wildest of rave-ups was typically met with an eerie silence.

Most nights there were fights. Sometimes they’d start with a lone bull whose inability to get a girl made him take out his frustrations on those who did. Other times it was the gangs, though these stuck mainly to their own turf. Excelsior’s local hoodlums, the X-Boys, ran Big Reggie’s Danceland with an admirable efficiency, though one notable exception occurred in 1966 when the south-Minneapolis-based Suprees (widely acknowledged as the baddest gang in town) came out in force to settle the issue of colors. (Both gangs wore bottle-green-and-black Prima jackets.) When two dozen city-bred toughs came crashing through the door, the place emptied and a battle erupted in the quiet midnight streets of Excelsior. The police intervened, and the issue was never decided.

Incidents of rowdyism led to Danceland’s license being suspended periodically and, eventually, to its demise in 1968. Colihan attributed the closing to “increased competition for the rock ‘n’ roll dollar,” but whatever the reason, Danceland’s fancy ballroom became a boat-storage facility. Five years later it burned to the ground, a victim of arson—or perhaps an angry rocker remembering bygone days.